“No Primary Key item has been defined for form region”

Otherwise reported as “WWV_FLOW_FORM_REGION.NO_PRIMARY_KEY_ITEM” or merely “Internal error”, this bug caused me to waste hours of investigation, twice, because a simple Google search was not returning any results. This post is merely to remedy that situation.

On an APEX 19.1 page with a new Form region combined with an Interactive Grid region, when the user makes a change to a record and Submits the page, they get this error.

This is caused by bug 29612553 – FORM REGION DML PROCESS THROWS INTERNAL ERROR WHEN INTERACTIVE GRID DML PROCESS IS ON THE SAME PAGE and fixed by APEX patch 29369869. 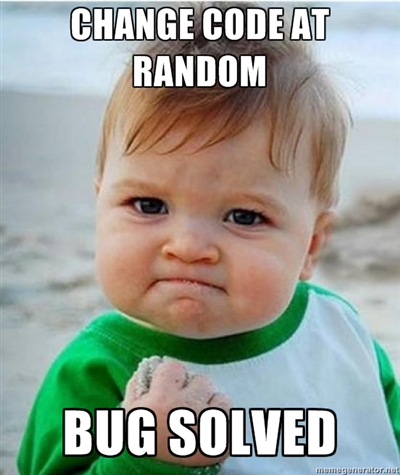 This is just in case you come across this. It appears to be an Oracle bug. I don’t know if it’s been fixed in a later release. I haven’t isolated a simple repeatable test case yet, so I don’t know if the scenario here includes all the relevant details or not.

Other factors that may or may not be involved are:

This happens whether the MERGE is executed or just explain-plan’ed – so it shouldn’t be related to the actual data in either the source or destination tables.

After creating the log table, but before the merge, drop the columns from the error log that are virtual columns in the target table.

This query crashes the session when it’s run or parsed.
I haven’t checked if this appears in other versions or not.

The crashes happened when I added the “order by dbms_random.value”. The problem seems to be in the optimiser since I get the same results whether I run the query or just explain it. Possibly something to do with the optimiser wrongly assuming the random function is deterministic?

There’s a simple workaround, so I’m not too worried. I just change it to this and it works fine:

I came across an inexplicable error when bulk collecting into a PL/SQL table with the NOT NULL constraint the other day. What was confusing was that the code had been passing tests for quite some time.

In the end the only thing that had changed was that a VARCHAR2 which should have been non-null happened to be NULL for one particular row in the table.

Thanks to Connor for the simple test case, listed below.

If you know what might be the cause or reason behind this error, and why it doesn’t occur for dates, I’d be interested.

And you thought OR was commutative…

I came across this at dbdebunk (ON THE NOTHING THAT’S WRONG WITH NULLS with Hugh Darwen, Fabian Pascal). Couldn’t let that go so I tested it under 9i (9.1) and 10g (10.2) and got identical results. The last two statements are logically equivalent, but gives different results!

According to CM, it looks like a bug. The filter predicates seem to be applied incorrectly by the optimiser:

If you’re using the SAMPLE clause in Oracle 9i, in combination with a join, be aware of this small gotcha. I found a workaround, thankfully.

Expected result: should return zero or one row (more or less at random)

Workaround: put the query with the SAMPLE clause first, i.e.