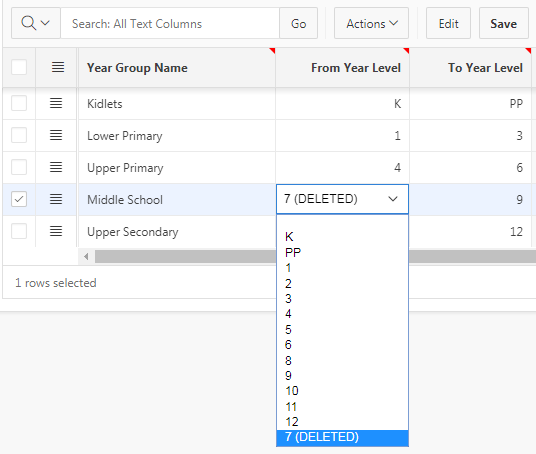 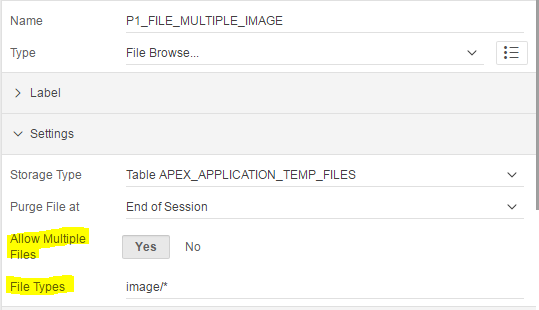 The standard File Upload item type is getting a nice little upgrade in Apex 5.1. By simply changing attributes on the item, you can allow users to select multiple files (from a single directory) at the same time.

In addition, you can now restrict the type of file they may choose, according to the MIME type of the file, e.g. image/jpg. This file type restriction can use a wildcard, e.g. image/*, and can have multiple patterns separated by commas, e.g. image/png,application/pdf.

NOTE (22/8/2020): this doesn’t stop a user from choosing files of other types (they can change the file type selector) and doesn’t validate the file types. 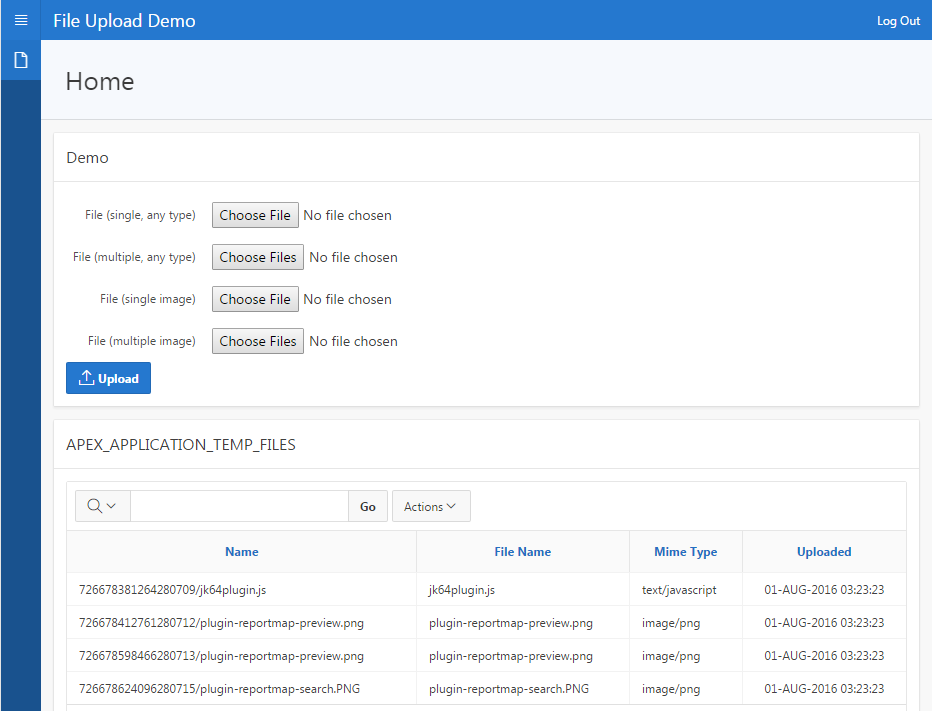 Normally, to access the file that was uploaded you would query APEX_APPLICATION_TEMP_FILES with a predicate like name = :P1_FILE_ITEM. If multiple files are allowed, however, the item will be set to a colon-delimited list of names, so the suggested code to get the files is: