“It works, just not for the reason you think”

A somewhat mistaken attempt to format a number left-padded with up to six zeroes, made me cringe a little:

Yes, it does work (the domain of number_column is limited to positive integers), but not for the reason the writer thought, I think.

(Hint: what is the data type of the third parameter to LPAD?)

Count All Rows in a Schema

I wrote this simple SQL*Plus script to loop through all the user’s tables and report how many rows were in them at this point in time. Normally I might estimate this information based on the table statistics, but in this case I had to know if any rows had been inserted since the last stats were gathered. Also, I preferred not to just run the stats gathering job. Obviously, it doesn’t pick up any uncommitted data.

It doesn’t list the tables which have zero (0) rows, but it report how many tables it counted, and the total number of rows across the entire schema.

If run on an 11g database, it will skip the count on tables which have had no segment created yet.

WARNING: this script is suitable for development environments only. Use at your own risk.

This tells me that there are no rows yet, and of all the tables, only one has had a segment created for it (e.g. perhaps an INSERT was attempted but rolled back, or the row was deleted). I’m sure you’ll be able to adapt the script to suit your obsessive record-counting needs.

Easy, right? Perhaps not as straightforward as you’d think.

The difference? Method #2 is faster (my tests indicate faster by a factor of 3), but does not include fractional seconds. Method #1 is a bit slower, but includes fractions of a second. See the SO link for details.

This is a comment on jagatheesh.ramakrishnan@oracle.com’s article “Generate DML/DDL/QUERY from SQL” – comments are not enabled on their blog so here’s my addendum.

The following query is offered as a means of generating a script to ONLINE all datafiles in a database:

I suggest an alternative method, which is both easier to write and easier to maintain:

This way, the syntax within the DDL is unmuddied by the syntax required by the query to generate it. It’s immediately obvious that only single quotes will surround the name of the datafile in the generated DDL.

If  you’re on a pre-10g database, you can still use this method, but you’ll need to revert to the old quote-escape:

So I followed the great advice here to use the new COLLECT function in Oracle 10g to solve the common string-aggregation-in-SQL problem. I chose this solution over the others because it sorts the results as well, which was a user requirement. This is because the COLLECT function optionally takes an ORDER BY clause – even though the 10g documentation forgot to mention this. The 11g documentation was updated to include the additional syntax option, as well as the fact that COLLECT supports the DISTINCT (or UNIQUE) keyword as well to remove duplicates – testing indicates that this works in 10g as well.

This means that if I define a suitable type varchar2_ntt and a suitable function ntt_to_string, I can write a query like this:

That works fine. But now I want to combine this with some analytic functions, like this:

This doesn’t work because (a) the COLLECT requires a GROUP BY; and (b) the analytic function cannot be used along with a GROUP BY. What I’d expect to be able to do is use an analytic version of the COLLECT:

Us SQL developers are never satisfied, are we?

At this stage my best solution for this is to use a CTE:

Purge all Recyclebins without SYSDBA

Want to purge all the recyclebins for all users in your database?

Can’t (or don’t want to) log in as each user individually to run this, one by one:

But, what if you don’t have SYSDBA access? (Yes, this has happened to me, with a client-supplied VM – they told me the SYSTEM password but not the SYS password)

You can use the PURGE TABLESPACE x USER y option – run this to generate the commands to run, then run the output as a script:

WARNING: this command will result in irreversible loss of data for all users on your database.

Can you solve this problem in SQL – i.e. without resorting to a procedural solution?

“I have a data extract with three different identifiers: A, B, C
Each identifier may appear in more than one row, and each row may have one or more of these three identifiers (i.e the column is populated or null).
I want to be able to group all records that have any combination of either A, B or C in common and assign them the same group id.
Extract table showing what the eventual groups should be:

So, the input data is a table with three columns (A, B, and C), some of which are NULL. The output is a third column, “Group”, which will be assigned a number which classifies the row into a “group”. Each group will be distinct in that none of its members will have a value in A, B or C that appears in any row in any other group.

This question is fascinating because it cannot be solved, I believe, without some form of iteration. If I get the row (p) along with (q), they are in two different groups; but, if I add the row (p,q), all of a sudden my original rows are now in the same group along with the new row.

The solution will probably have to examine each row in consideration with the entire record set – an operation of O(n^2), if my understanding of CS theory is correct. I suspect a solution using at least a CTE and/or the MODEL clause will be required.

UPDATE:
An elegant solution, using a hierarchical query and Oracle’s CONNECT_BY_ROOT function, has been posted by Vincent Malgrat.

If you wanted to query a table of monetary transactions for any refunds (i.e. where the transaction amount is negative), how would you do it? Perhaps you’d think about avoiding problems that might occur if the default number format were to change, hm?

(before you say it: no, there is no index on amount, so it wasn’t a misguided attempt to avoid an index access path…)

If at first you don’t succeed… it’s impossible. 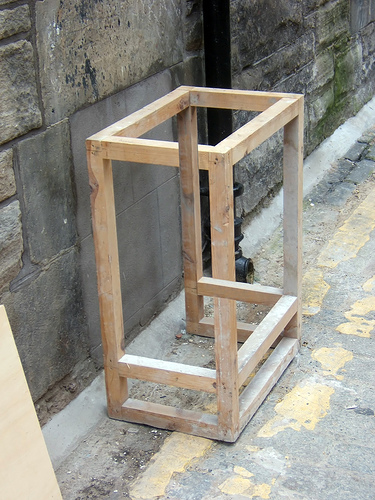 How many times have you tried something, got either an error or unexpected results, and decided what you were trying to do was not possible? Have you later on discovered someone quietly doing the impossible?

I think this phenomenon is a form of the “correlation-implies-causation” fallacy.

Unfortunately, this seems to happen too often, if the kind of questions I see quite often are any guide. A recent example is: “Why cannot I select from more than one table in Oracle?”. Here, the author seems to have followed the following thought process:

In this case, the writer had not realised that table2 had no rows in it; what complicated things somewhat was that in one session, the second query was returning rows – because he’d inserted some rows into table2 in that session but hadn’t issued a COMMIT, so those rows were not visible by other sessions.

When trying something new, it takes diligent research and testing to determine whether one’s approach is simply wrong, or if unrelated factors (e.g. getting the syntax wrong, or the environment is not set up correctly) are causing failure. This gets more tiresome and frustrating (a “gumption trap”, in Persig‘s parlance) when one was halfway through solving some other problem, and this unexpected problem gets in the way.

Sometimes you just have to go to bed and see if it becomes clearer the next day. If the problem persists, ask a question on StackOverflow!

P.S. if a Google search reveals “doing X is impossible”, ask “Why?”