SPOD for a query

I have two queries that need to be executed by a PL/SQL program. Both of them are quite complex, and both of them have a large section which is identical – because they are different views of the same underlying source data.

One option is to expand out both queries in full, e.g.:

I don’t like the fact that my <large complicated query> is repeated in full in both cursor definitions. I’d rather have one place where that subquery is defined, because it should remain the same for both queries, since they are supposed to be different views of the same underlying data.

Another option is to create a view on the <large complicated query>, and refer to that in both queries. This is a perfectly acceptable option, and one which I often use. The only downside is if there are any parameters that need to be “fed” to the view. One way is for the view to expose the parameter as a column in the view, and for the calling query to simply query it on that column. This is not always the most efficient method, however, depending on the complexity of the view and how well Oracle can “push down” the predicate into the view at execution time. Another solution to the parameter problem is to use a user-defined context as described here.

The other downside which I don’t like for this case is that the view moves the query away from the package – I’d prefer to have the definitions close together and maintained in one location.

The solution which I used in this case is a pipelined function. For example:

Now, the two queries in my package can re-use it like this:

In the package spec I have:

Because the pipelined function is going to be called by SQL (in fact, two queries defined in the same package), its declaration must also be added to the package spec.

In the package body, I use private global variable(s) to hold the parameter for the large complicated query.

The pipelined function is deliberately not useful to other processes – if a developer tried to call it, they’d get no results because they can’t set the parameters (since they are declared as private globals).

A downside to this approach is that the optimizer will not be able to optimize the entire queries “as a whole” – it will execute the entire query in the pipelined function (at least, until the calling queries decide to stop fetching from it). For my case, however, this is not a problem. The entire process runs in less than a second – and this is 10 times faster than it needs to be. In other words, in this case maintainability is more important than performance.

There may be other ways to do this (in fact, I’m quite sure there are), but this way worked for me. 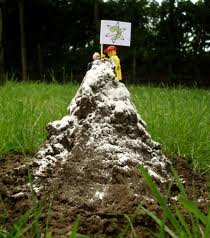 Today a project manager asked me about a change to a query being implemented for a search function on our 11gR2 database. His concern was that the new query had a plan that involved several full table scans; whereas the old version used primarily index range scans.

The new query had an additional predicate:

Initial testing in dev revealed no noticeable performance difference between the two queries, so he was just concerned about the impact of the full table scans on the system.

As you can see, the new plan was still using the domain index, as well as using the ordinary index on entity_name; concatenating the two sets of ROWIDs (BITMAP OR) and then accessing the table as before. Previously, the cardinality estimate for just the CONTAINS predicate was 12 (side note: I’m curious as to how predicates using context indexes are costed – anyone know any details or references?); now, the total cardinality estimate for entity_details is 1187. The cardinality estimate if we just did the LIKE predicate is 1176 (which is simply 5% of the number of rows in the table). The higher cardinality has pushed the rest of the query away from index accesses for association and addresses, towards hash joins and full table scans on those tables.

If I override the cardinality estimate with a lower figure, e.g.

the query plan changes into a typical nested-loops-with-index-access one:

Substituting various cardinalities reveals the “tipping point” for this particular instance (with its particular set of statistics and optimizer parameters) to be around 50.

The cardinality estimates for the full table scans should be the major giveaway: they’re all less than 20,000. In fact, the total number of records in each of these tables does not exceed 25,000, and our dev instance has a full set of data.

I advised this manager to not worry about the new plan. These tables are unlikely to grow beyond 100,000 (they only hold records for about 25,000 associations, entered over the past 5 years) for the expected life of the product, and the entire tables fit in under 500 blocks. With a db_file_multiblock_read_count of 128, it’s likely that the first query of the day will load all the blocks of the tables into the buffer cache with just a dozen or so reads.

If this query were to use index range scans plus table accesses for each search, the performance would only become marginally better (and probably imperceptibly so), at the cost of slower queries on the occasions when users enter poor search criteria. Whereas, with full table scans, even with the worst search criteria, they will typically get their results in less than 5 seconds anyway.

We’re so accustomed to tables like “entities” and “addresses” having millions or tens of millions of rows, so instinctively recoil from full table scans on them; but, in this instance at least, to Oracle, these tables are tiny – for which full table scans are often better.